The book ‘Civil Leadership as the Future of Leadership. Harnessing the disruptive power of citizens‘ by dr. Steven P.M. de Waal was published at the end of 2018 and resulted in a large international lecture tour in 2019 in many countries in Europe, Canada, New Zealand and the USA. This was way before the explosion, turmoil, unrest, fears and fundamental change due to the deadly corona virus. We are all still in the midst of it and not even recovering from the blow, still very concerned with the handling of this disease and especially the personal, social and economic consequences. That being the case, we as a private thinktank with a special focus on public executives and active citizens, think that challenging the main predictions of this book (that in pre-corona times would be called: ‘recent’) can help us – again –  to think ahead: What should we want or need to preserve and really change or let go and what is the kind of leadership (apart from a great deal of crisismanagement) that now is necessary?

Looking back on the analysis and predictions in the book can help all leaders to rethink what’s ahead of us and what must be done. It is now often said: ‘Never waste a good crisis’, but that means that during the crisis you have an agenda, an ambition and a strategic direction. This exercise is meant for all leadership to help find that direction.

Observations that show the relevance of this exercise and will be further explained in an adjacent blog:

At its core the book analyzes how the same internet technologies that have disrupted markets, will also disrupt the public domain, like democracies, public services and public debate. This results from the phenomenon that with these tools citizens get much more public and political power (in democracies that is!). These new powers are among others the gathering and publishing of data, personal observations and pictures, of exchanging public opinions about all kinds of events, (intended) policies and persons and of bottom-up organizing themselves in private and public protest and in commons or public services. The new technologies lead to a powershift in public institutions in democracies by strengthening the role of citizens, individually, collectively, massively and of civil society as a separate domain. This new power can only be answered by a new kind of leadership, civil leadership. This civil leadership is then outlined in its values, competences, purpose and attitude, in line with the dissertation (2014) in which dr. Steven P.M. de Waal first researched this phenomenon.

We start here with a summary of the main points and conclusions from the book, in two parts. First, what are the predictions about the fundamental change in the strategic context of all parties we’ll see? And, second, what are the strategic answers that are shown and advised to answer the challenges and forces in this new strategic context? We hope this will give us (and you) an agenda and strategic perspective to analyze the tremendous amount of observations, data, insights, expectations and directions we collect in these enormously turbulent times. We hope this strategic exercise will help all persons in leadership positions, formal or informal, to look ahead, to know what may be possible, what is better to be preserved and what is at stake.

(The numbers in () relate to chapters in the book)

Prediction 1: The new ICT technologies have changed the medialandscape fundamentally by adding a third direct media channel (next to Television/Radio and Newspapers) of, by and for citizens themselves (‘public opinion is now for the first time of and by the public itself’) (8)

Prediction 2: This third channel will win the battle for the eyeballs and, because of that, become dominant in public and political agendasetting and public opinion

Prediction 3. This third channel will operate like a ‘permanent public grandstand‘, that publicly comments on everything citizens think is of public interest. This will generate power in public relations and reputation of the public over companies, public service organizations and all public persons

Prediction 4. This third channel will strengthen (by its extra information and unscensored bottom up character) the freedom of the free press against the old manipulation of news and information by ruling powers and officials (this is the main reason why all dicatorships, having forbidden or marginalized free press, now try to censure the third channel)

Prediction 5. Because of this new status, dominance and visibility of public opinion there is, next to the battle for the eyeballs, also a battle for public authority. The old political arena blends in in this new and broader public arena. This means:

1. All politicians permanently need to campaign for their public authority. It is no longer enough to conquer an official government position by winning formal and constitutional elections once in four years, because this will no longer automatically lead to a position of public leadership (and obliterate your chances on reelection) (9)

2. The new public arena also opens the battle for public authority for private persons aiming for public leadership, and they will do that in competition with political leaders

3. This increases the fierceness, turmoil and energy of this battle for public authority between politicians for political power and also, between all private, public and political persons, to gain public authority. This explains the need for special competences that are required in this new public arena of rhetorical and theatrical skills and also of character and personality

Prediction 6. This battle for public leadership is between persons directly. This will be apart from political parties. Distancing (now a familiar term!) from them can even help win this battle because it’s now all about persons, not policies or parties. This will disrupt the main function of political parties: recruiting and selecting persons for high government positions (because persons can select themselves and prove they are winners in this new public arena) (7)

Prediction 7. One of the disruptive powers of citizens will be the fast and bottom-up organization of ‘swarms‘, with a sudden and very swift public organization, spontaneous and sometimes massive size and often not a clear message or structure, because it is initiated out of an informal and emotional trigger (as it is in ‘swarms’ in nature) (7)

Prediction 8.  The new power of citizens will also become an organizational tool: organizing citizen initiatives (civil society, active citizenship and social entrepreneurship), organizing citizen based new public services (cooperatives and co-production, III.11) and organizing ownership and control over common assets (commons). There will be a fundamental shift in balance and power in the triangle of state, market and civil society (2 and 12-16)

Summarizing conclusion: we are now in the third phase of humanity (after agricultural and industrial revolutions), best to be called ‘the digital civil revolution‘ (1). This revolution will lead to a fundamental change in mankind, society and citizenship.

Prediction 10. This new public domain and public arena asks for a different leadership: to harness this (potentially) disruptive power of citizens. This is necessary for all kinds of leadership, private or political, that aims at, is forced into, this new public arena or will be part of public judgment (18, 19, 20)

Prediction 11. This new leadership is civil leadership with the following characteristics:

A lot of inspirational lessons from the practice of ‘civil leaders’ are given in the book (22).

Strategic Answer 1: A new and serious blend of representative democracy with direct democracy. All citizens now get used to the use of these technologies in choice, opinion and collective exchange of data, observations and opinions. The agenda and opinion of the permanent public grandstand is measurable and visible in public. Every issue or person or policy measure can instantly and with often a lot of participants be commentated or opiniated or even dismissed. So citizens now get used to a much quicker and adult relation to, and especially say in, all kinds of public issues and public persons. As disruption in the market has learned: ignoring this power and this new technology is detrimentous, that is what most political institutions now still do. Survival of democracy is only possible with this innovation.

Strategic Answer 2: Elections should be all about persons and their direct appointment in high government positions and not only about programs or parties. This new public arena is now defined by the dominance of what is often called social media. These channels and the messages on it are personal, life – and family – related and narrative. That will become the new dominant public culture. It’s now about persons and their stories, not policies, programs or parties. And because citizens are now adult and well informed they want a direct say in who will be in charge in government and public services. The new blending in of direct democracy will be tough on political powers, because it must be about direct appointment and no longer only about debate, papers, ideologies or promises.

Strategic Answer 3: Public services should cooperate as equal partners with organizations of citizens (virtual and organizational) and organize themselves in their service delivery in a co-producing fashion with citizens. The organizing power of citizens must lead to a switch from supplyside thinking or political and bureaucratic organization of public services to an opening up and cooperation with this new power. This means a shift from listening to political bosses to citizens, their demands, their capabilities, their wishes to be invloved.

Strategic Answer 4: The new power of citizens will make citizenship values predominant in the public arena. In politics but certainly also in private governance contexts, like non-executive boards, we need these values to be developed and nurtured, incorporated in decisionmaking and guarded. We need citizenship in the boardroom, that shows itself when necessary. Attitude and character will become a major criterium for public judgment and reputation.

Strategic Answer 5: All leadership must be civil leadership. No longer is there a distinction between leadership internally and externally, because all leadership is in the end object of public judgment and must deal with the new public arena and the new public relations power of citizens. This same set of criteria and demands about leadership, will become a dominant general vision, also internally, on what is seen and judged as ‘good leadership’. This means that all followership and judgment about the leadership around will also be judged with these same criteria. This means that it will also be a crucial part of reputation and attractiveness on labourmarkets. This point was most debated and doubted in the international lectures, because in many countries people see, especially in politics, that only rhetorics and theatre are winning elections and not the right character, values and competences, as is meant in civil leadership. Our answer is that this will be a temporarily phenomenon: citizens need to learn their new power and politicians need to learn to change their style of leadership or be replaced.

The book ends with the statement that this last answer, civil leadership, of all kinds of executives and political leaders and active citizens (as can already be seen now everywhere in the world) will give hope in times of disruption and revolution (as it is the case now!) (Epilogue).

As a thinktank we’ll continue this discussion to attempt to help everybody in leadership positions to look strategically through this pandemic.To stimulate and even trigger that exercise, we’ll show in an adjacent blog what kind of first observations we make from these crisis times worldwide. We aim and hope to trigger further your own strategic thinking through this crisis and its crisismanagement.

We wish you all health and wellbeing. 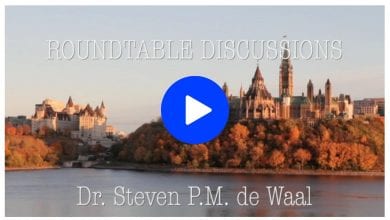 In discussion about Civil Leadership in Ottawa – video 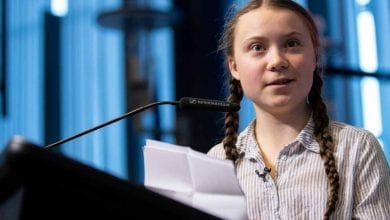 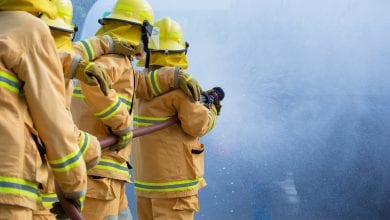 What about civil power and civil leadership?