The disruption of democracy is now going on, as I predicted in my latest book (Amazon, 2018). We now see the same phenomena as we saw in the disruption of markets: the entrance, rise and success of newcomers and runner-ups in politics from outside classical political structures. The main reason for this is also classical disruption: they know better how to use the new technologies and platforms to communicate with their voters and to gain a good reputation. Although it confirms my strategic analysis, I am not very happy about this. My book and the lectures I held about it over the last 6 months in Europe, New Zealand and USA, were meant to warn incumbent political and public leaders and so, to stimulate their strategic intelligence: to respond beter, more timely and adequately than what I saw CEO’s of many, then established, marketparties do in the past.

I will lecture and discuss this analysis in my contribution to the upcoming yearly conference of the International Leadership Association, this year in Ottawa, Canada. As a kind of warming up to this continuation of my international debates in this blog I will outline my most recent understanding of disruption of democracy on the one side, and the opening up of the public arena for new public leadership on the other.

Two strategic impacts to be observed

The first observation: newcomers, not using existing political channels, are entering democratic politics with succes. Most of the time this is leading to (political) positions and topjobs for them.

The second is still more revolutionary: the opening up of the public arena for new public leadership. New individuals, often from a private background, are getting public attention and followership directly leading to their position as public leader. Often they are not even targeting for success in political elections or government jobs. This results from what I analyzed as: public opinion is for the first time of and by the public itself and so is the status of public leader!

The first phenomenon is about disrupting politics, but with the still familiar ambition to gain political success within parliament or in governmental topjobs. The second is even more disrupting than the first. It is about gaining public influence and leadership on a societal issue or public affairs, without even needing the political arena! It mainly shows that no longer does the political arena have a monopoly on targeting and solving public issues and, so, no longer on gaining a position of public leadership (although it still gives access to government topjobs!).

A new battleground for public influence and leadership

The public arena is the new battleground for public influence and leadership. Politics and the political arena are just a part of that and probably no longer the most important or succesfull part! One of the consequences I now see is that just an appointment in a governement topjob (like president, minister or mayor) no longer guarantees the access to public authority and attention, that in the past automatically would come with your appointment. It now is just a start in the new public arena to get some kind of attention, let alone authority before the permanent public grandstand!

“… one no longer needs politics to gain public leadership …”

Summarized: the first phenomenon is about opening up of the political ‘market’ for newcomers from outside, the second one is about taking this new technological reality one step further: one no longer needs politics to gain public leadership (it also opens the public arena for what I called in my dissertation: private-for-public leadership).

Worldwide there are many examples that prove these analyses.

Ad 1: The ‘small’ disruption of democracy and politics we saw with

Ad 2: The ‘big’ disruption of the political arena and political authority itself we saw with the successs of

The bad news is that I don’t see much strategic intelligence in current professional politicians about the first observation, the ‘small’ disruption of their playing field, the political arena. The bad consequence of this is that the runnerups are certainly not always the best public leaders for the nation or the people that vote for them. They now, in my view, often win only because they better know how to use new technologies and platforms. So often their rhetorical skills and even demagogy and showmanship, including their intense and sophisticated use of the new mediachannels, win them the political topjob. We saw this phenomenon for example also around the inner party election of Boris Johnson as Prime Minister of the UK. So it is much more their style and skills that let them win elections and not their attitude, values, public passion, let alone their better and well thought out policies and proposals.

In my analysis that is BECAUSE the incumbent professional politicians don’t know how they should react to this ongoing disuption. Not the attacks by persons with rhetorical and technical skill is the problem, the weak defence of current politicians is! Unfortunately, this makes Jacinda Ardern, the Prime Minister of New Zealand at this moment one of the few examples of the kind of civil leadership I look for in a politician, showing this attitude and values around the massacre of Christchurch. It is the crucial critique I now get on my book: for many in my audiences it certainly doesn’t seem that civil leaders are now winning elections. Because they narrow their observations to political turmoil and arenas, in their view there are not many signals for my statement that ‘Civil Leadership is the Future of Leadership’! This leads to the following.

Good news: a whole range of new public leaders with an attitude of ‘one-of-us’-citizens

The good news is that the second phenomenon, the ‘big’ disruption, by shifting from the (narrow) political arena to the (broad) public arena, opens public leadership to a whole new range of people, including individuals from a private background like private citizens or private CEO’s with a lot of societal compassion. This brings us a whole new kind of (voluntarily) public leadership. Their advantage is also exactly this in their struggle to be a public leader: they want attention and solutions for a public issue and they are certainly not trying to get a government or political topjob. This gives them probably an advantage in the new public arena, because of one of the characteristics of civil leadership I mentioned: a leadership with an attitude of ‘one-of-us’-citizens! 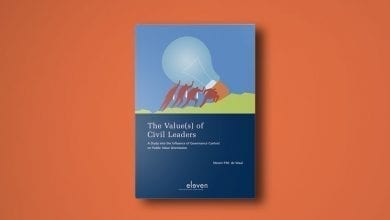 The Value(s) of Civil Leaders 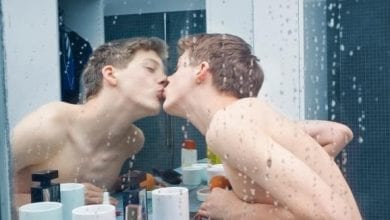 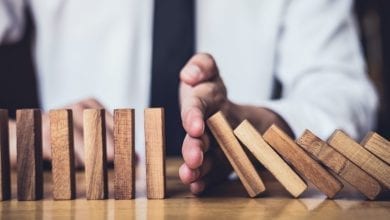 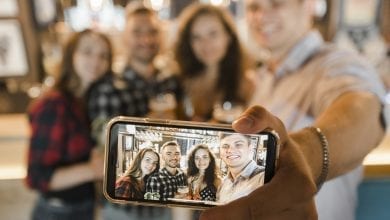 Disruptive citizenship – introduction to the theme