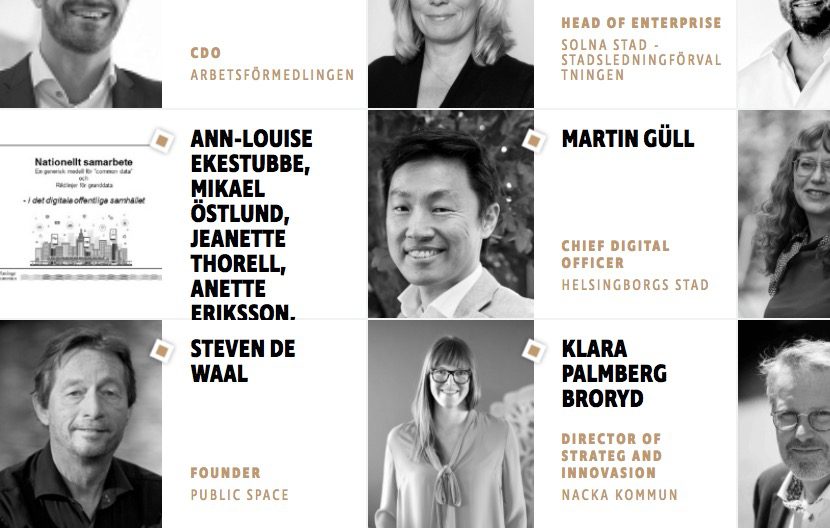 On February 7, 2018 Steven de Waal was one of the speakers at the IndustryForum Municipality in Sweden that discussed the current issues in the municipal level and explored digitalization from the public sector perspective.

Strategies for the common good

His lecture ‘Getting used to the technological power of the disruptive citizen’ (download pdf) is based on his knowledge and research in this field.
Politics and public services will be disrupted by the same worldwide revolution in ICT-technology as the markets already are. From 2015 onwards Steven de Waal has claimed this, based on his knowledge of strategy. He has held some 200 lectures and debates both in Holland and abroad about this topic since.
De Waal sees two main areas where this disruption based on citizenpower by new technologies is impactful: in (indirect) democracies and in public services. And for the ones with an open mind they are visible already.

In politics in most Western countries there is the need to shift parliamentary democracy to more direct democracy due to the influence of new communication- and mediachannels most citizens use between and towards each other. We saw incumbent marketparties denying this in the beginning of what often ended as their disruption. Just denying it will lead to disappearance of the authority, quality and human resources of parliamentary democracy. Then Facebook manipulation, algorithms, fake news and demagogues will win in this new public atmosphere.

In public services Steven de Waal sees the necessity of opening up to a stronger, more wilful and more knowledgeable citizen by shared decisionmaking, co-producing with citizens, both individualy and collectively, partnering with citizen cooperatives and initiatives etc.

At his lecture for IndustryForum Municipality in Sweden Steven de Waal was very keen on sharing his thoughts on this brand-new and impactful phenomenon. The audience were people who are responsible, as executives and non-executives, for the right and timely answers to these ongoing revolutionary developments.
Steven de Waal chairs a private, independent ThinkTank Public Space Foundation with the mission of promoting social entrepreneurship and active citizenship (‘private for public’)  by lectures, chairing debates, studies and publications.

His disseration at the Utrecht University was, in line with this mission, about ‘Civil Leaders’: persons from a private position that purposefully and with leadership realize public value. For example (former) leaders of for-profit organizations, non-profit organizations and informal civil society.
This study is based on the philosophy that the modern public domain should and could be built on a strong and vibrant civil society, instead of just state or market. His professional and entrepreneurial background is in strategic consultancy, in this case: strategies for the common good.