Moving away from privatization

We have had many guiding policy concepts, such as ‘privatization’ and ‘contracting out’ (high point in the 1980s and ’90s, continuing into the beginning of this century) and others, often applied with more ambition in Anglo-Saxon countries, such as ‘reinventing government’ (first period of the Clinton administration) and ‘third way’(Giddens during the Labour revival, high point towards the end of the previous century).

The Netherlands is still chewing on concepts that have been introduced but not yet implemented to any great extent, such as ‘managed competition’ and ‘market functioning’, perhaps with the exception of the concession system for public transportation. Still, these concepts, including the concept of ‘quasi markets’, are closely related to the concept of ‘demand control’.

“We are landing in more subtle forms of liberalization”

In essence we are moving away from privatization, defined as transfer of public property to companies, towards the introduction of all sorts of market-like incentives, often still within politically-designed finance constructions and organizations in order to counteract the disadvantages of rigid planning and internally-directed official execution. You might say that we are landing in more subtle, or if you like, more thought-out forms of liberalization.

Lessons from the naive privatization starting in the 1980’s

The first privatization concepts were actually not very dynamic: the point of departure were existing organizations and structures, which were then ‘made over’ wholly or partially in ownership or on contract basis to companies. From crystallized institutional relations, parts of an organization shifted in ownership and management. In this process it was, in fact, insufficiently recognized in which context such public and private organizations operate and hence where these organization structures and styles of management come from and go to.

“The current excrescences, in a certain sense, no longer surprise us”

Behind that was the naive belief that companies nearly always operate more efficiently and effectively than government. In the light of very recent events surrounding fraudulent acts and bookkeeping, like that at Enron, Xerox and Merck, we naturally now find that was putting too much faith in the goodness of actions of company management, but there were already doubts for a long time. These arise from the fact that, through the implementation of many privatization cases, we have meanwhile learned much more about the context in which industry operate. Even to such an extent that the excrescences of an excessive faith in share prices and shareholder value were already clear to us for some time, so that the current excrescences, in a certain sense, no longer surprise us.

“Citizens would have to pay for using roads”

A past example of this is the trimming down of the collectively funded part of dental care, after which everyone took out additional insurance. In total cost volume this caused the citizen to pay more money, but only a small part of it was visible in the books of the Ministry of Finance. Another fine example are the initial plans to collect toll, where citizens, without the possibility of alternative routes, would have to pay for using roads which before could be used free of charge (and were based upon their commuter situation) and presumably they had already paid for in taxes!

“Do we have confidence in the moral content and self-cleansing capability of the organization?”

This, of course, applies to an even greater extent to scarce public services provided to vulnerable groups of citizens. In fact, the question whether something can be privatized is then no longer just a policy instrumental or economic consideration, but the dimension of the confidence in the moral content and self-cleansing capability of the organizations to which the public services are made over is much more important.

The question in which type of organization you place the most confidence appears to be distributed in the Netherlands in a neatly ideological and political way: to the PvdA (Labour), VVD (Liberals) and CDA (Christen Democrats).

At this moment, I would assess the LPF (Fortuynists) as a party that especially has confidence in the small-scale business community; it is somewhat of a supporter of employers’ organization MKB Nederland. In short, privatization has reached the same stage as the best characterization of the last national election: ‘It’s not the economy, stupid’. 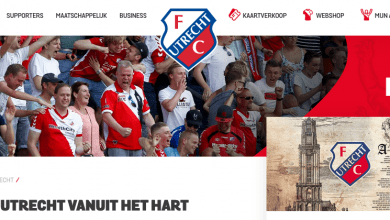 Administration of a soccer club: 10 years of FC Utrecht 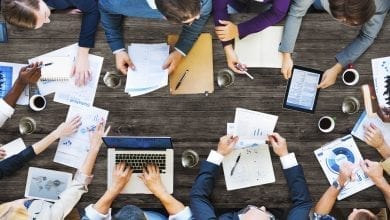