What to learn from the USA and Australia?

We present here the case of privatizing prisons. After a short introduction we try to draw lessons from the experience in the USA and Australia.
Privatizing prison facilities and correctional services is probably one of the most debated topics concerning public-private cooperation. Despite the strong resistance private prisons have and are facing, governments are undeterred and continue to experiment with the possibilities of sourcing out prisons services, learning from earlier experience and the experiences in other countries. What follows next is a brief outline of the current state of affairs and a tentative evaluation of the concept itself.

Not surprisingly, the first tentative steps in the outsourcing of correctional facilities and services were taken in the US as early as 1984 when the Corrections Corporation of America (CCA) entered the business. Wackenhut Corporation subsequently entered the business two years later and by now several firms have emerged, some of them active all around the globe.

The reason governments became interested in outsourcing prison services, is quite simple: to cut costs. The trend in realigning government was focussed mostly on reducing government presence and over-all government expenditure. Outsourcing other services had proved to be acceptable and a success, prison services were the next logical step. After all, there was no particular reason that the government should be involved in providing prison services? Such services could indeed just as well be delivered by the private sector and it would cut cost dramatically.

With the first experiments, the firms operating in the business experienced dramatic growth on the stock market, with stock doubling in value, the increase being rivaled only by fast-growing technology companies. But all was not well…

Resistance emerged against private prisons on moral as well as practical grounds. It was asserted that these companies proved cheaper in their service provision than the public sector, because they were lowering the quality of living in the prisons and reducing overhead cost on labor. Subsequently, many of these new prisons witnessed the outbreak of riots, abuse by prison staff and frequent successful escape. Morally, making money of prisoners is deemed unacceptable.

“A Demand for a fair chance to compete”

Further resistance emerged with the staff of public prison facilities who foresee that they will soon be out of a job. This caused unions to enter the fray, most notably the American Federation of State, County and Municipal Employees with 1.3 million members. This organization has turned against privatization in general, but is particularly active against the privatization of prisons. Their efforts go beyond “ordinary” union action and are directed at influencing policy. It is interesting to note that this union has demanded that public services receive a fair chance to compete with the for-profit sector in the delivery of services.

The debate on the merits of privatization of prisons has come down to a debate on how to measure the comparative costs of outsourcing to the private sector. For example, a rapport by the US General Accounting Office in 1996 found no proof of any cost-effectiveness at all. In response to that study other institutions did research that showed variable levels of cost-efficiency (on average about 8%) whilst meeting quality standards.

In Australia some states have started to experiment with privatization of penal facilities, whereas others have stuck with keeping these services in the public domain. The American experienced has been mimicked in Victoria, including a string of suicides and deaths in some prisons. However, it is remarked that this is common to all new prisons, public or private. Unfortunately, the private operators have tried to stifle the public debate on these incidents by threatening critics with defamation writs.

This development has made it clear that privatization can have regressive effects if not properly supervised and regulated. The federal government is becoming interested in regulating this sector and there is discussion about the instituting of accreditation programs. The ongoing debate on value for money and cost-comparisons has remained unresolved here as well.

Continued international inquiry in the matter of prison privatization shows that it is possible to make moderate cost-efficiency gains of around 8-10% while maintaining specified standards. Cost-cutting and high quality service are not incompatible. The discussion on how to properly measure costs in both sectors remains unresolved though.

It is also clear that especially in the beginning years of privatization the government failed to institute proper control and supervision measures. Many of the initial contracts in the US between government and private sector were of poor quality, failing to include incentives and penalties concerning quality control. As governments continue to learn, improvement will occur on this field, which will hopefully to capture efficiency gains while keeping a high quality standard.

In the UK and Australia there have been occurrences of public, for-profit and not-for-profit service providers competing for contracts. This seems a promising approach once a clear regime for quality standards, accreditation and control has been worked out. 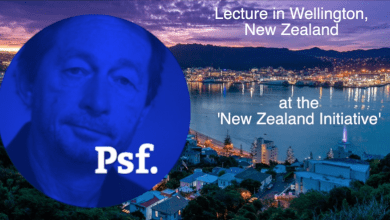