Ensuring that the public interest is served adequately

Contracting out is a method often chosen by governments in order to increase efficiency and to reduce government spending. Characteristic of contracting out is that it refers to the transfer of service delivery to an entity not within normal governmental hierarchy without transferring the ultimate responsibility and accountability to that entity as well. This in contrast to privatisation, which can include the transferral of direct governmental responsibility as well.

In view of the contemporary inclination to even contract out service that previously were considered to be exclusive governmental tasks, the most important aspect of contracting out is how the government can ensure that the public interest is served adequately now that the government has the service provided by an entity not under its classic hierarchical control.

The main instrument governments have at their disposal for arranging such matters is the private law contract. This is by nature an extremely flexible instrument as virtually anything can be laid down in a contract if the parties to it agree. However, the difficulty with this instrument is that because the executive party is not under hierarchical control of the government, all contingencies have to be anticipated in the contract. Naturally the public authorities could negotiate the right to provide guidelines in such unanticipated events, but this can easily introduce a form of hierarchical control again that could be undesired. Moreover, private parties might have their objections to such an open-ended contract.

The key to drafting a successful concession contract lies with the identification of the public interests that have to be guarded and to what extend they have to be guaranteed. Making the “public interest” explicit is quite a difficult and often politicized question, but having defined it, the parameters for contracting out/concession are now known. Having identified the parameters for the contract, a number of specific decisions need to be made. For example, perhaps it is better to contract out to not-for-profit organizations than to for-profit organizations. Or perhaps a public agency is allowed to compete with the private sector for the concession. Or it might be necessary to set entry requirements before one is able to compete for the concession (e.g. universal service delivery). Perhaps it is necessary to include very specific measures of output to judge efficiency. And important as well is the question of how to terminate the contract without causing irreparable harm to the public interests.

“Contracting out allows governements to learn from each other”

Although the learning process can be costly, especially if certain contingencies had not been taken into consideration, the fact that contracting out has become a standard instrument used by governments around the globe, allows governments to learn from each other where it concerns similar problems, thus reducing the cost of learning.

EEN 2: Food Safety and its Regulation 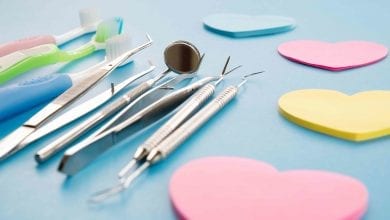